On June 4, 2019, the Ontario Government passed the “Getting Ontario Moving Act,” which assigns responsibility for planning some rapid transit in Toronto to the Province of Ontario. As a result, the Relief Line project has now been replaced by the Ontario Line project.  With this change, Metrolinx will lead a renewed consultation and exploration process, which will also include additional Environmental Assessment work.  As this new process gets underway, we hope that you will continue to participate in engagement opportunities.

Metrolinx is hosting four public open houses to introduce the Ontario Line later this month. Fifteen potential stations are proposed between Ontario Place and Ontario Science Centre, with links to GO Transit, the Eglinton Crosstown LRT, and TTC Lines 1 and 2. The objective of the information sessions will be to provide the public with an overview of the project, the process, and information on future engagement opportunities.

The information sessions will be hosted in the last two weeks of January. The same information will be available at each event. Details of the sessions are below, and included in the flyer. 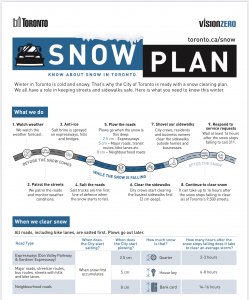 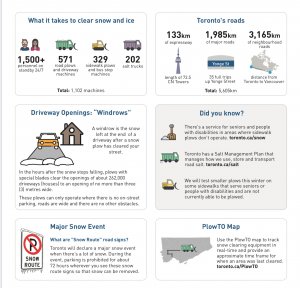 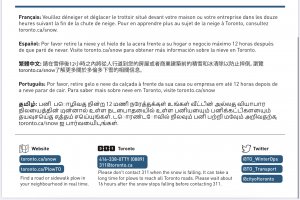 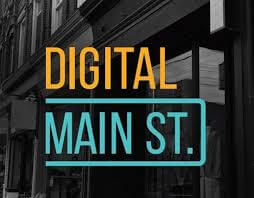 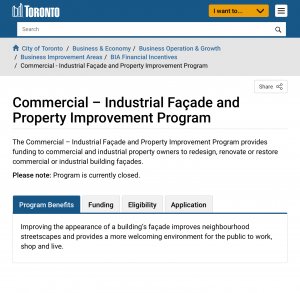 Shadows S2 Television Productions Inc. has resumed filming of ‘What We Do In The Shadows, Season II’, a hilarious half-hour comedy series set in New York City that follows three vampires who have been roommates for hundreds of years.

We will work quietly and respectfully at all times and thank you in advance for your patience and co-operation with our production. Watch for the release in 2020!

We will be filming at The Duke Live, 1225 Queen Street East

We will be filming interior scenes in the daytime, and will be working outside the location after dark on the north and south side of Queen Street as well as in the rear parking lot.

Our production vehicles and various pieces of film equipment will be located as follows:

– Prep vehicles will park in The Duke’s rear parking lot during the above Prep and Wrap times.

– On Tues. Dec. 3 at 8 AM we will begin reserving a portion of the west side of Curzon St. with orange parking pylons between Queen St. and the rear driveway of St. Joseph Parish, 162 Leslie St.

– On Tues. Dec. 3 at 6 PM we will begin reserving a portion of the south side of Queen St. E. between Leslie St. and Rushbrooke Ave., and our trucks will arrive later that night.

– On Wed. Dec. 4 at 9 AM we will begin reserving both the north side of Queen St. E, between Leslie St. and Jones Ave, and the west side of Leslie St, between Queen St. and Eastern Av.

– We will then move our trucks into these areas and off of the south side of Queen St.

– All of our trucks on city streets will be removed at 7 AM on Thursday, Dec. 5.

We recognize that filming overnight can be disruptive in a neighbourhood and we commit to minimizing our noise.  A member of our team will be visiting homes in the immediate vicinity of film work and requesting your acceptance of our plan.

Displaced permit parkers affected by our filming activities are kindly asked to park in their driveways (if applicable), on surrounding streets, or in nearby pay lots. On our filming day, please approach any crew member and ask to speak to Boris Radivojevic, Asst. Location Manager, (647.231.4955) or Morten Dorrell, ALM, (416.805.7884) who will direct you to available parking and/or reimburse your parking receipt, and respond to any questions or concerns.

All of our filming & related activities are undertaken under the authority & approval of the City of Toronto Film & Television Office. Any intermittent traffic stoppages and control will be conducted under the safe supervision of the Toronto Police Service.

On behalf of the production, we thank you for supporting Toronto’s vibrant film industry. Questions? Please contact our production office, or the City of Toronto Film & Television Office at filmtoronto@toronto.ca or 416-338-FILM.

You can find the Filming Guidelines and the Code of Conduct for Cast & Crew at www.toronto.ca/film under the “Plan Your Shoot” section. 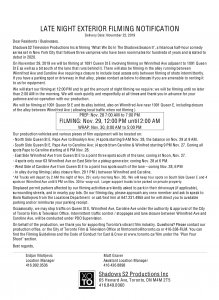 The production takes place during different times throughout the 1980’s and 1990’s chronicling the forming and ascent of the rap duo Salt n’ Pepa.

To Residents & Businesses in the vicinity:
We will be filming INTERIOR scenes at
Revolution Recording Studio, 36 Laing St

Night Activity: Our trucks will be arriving on Laing St at 1AM on Nov 27th and departing on Nov 28th at 2AM. Additionally, we will be filming interior scenes 36 Laing St until midnight on Nov 28th, with a small wrap crew continuing until 4AM.
Permit Parkers: To ensure that Laing St will be clear of vehicles on by the evening of Nov 27th, Locations Personnel will commence “soft coning” the street at 4PM on Nov 26th, though parking will be permitted until the morning of Nov 27th. Any displaced permit parkers on Laing St will be reimbursed for their parking.
Due to our filming, arrival and the departure of our film vehicles after 11PM, we are requesting an exemption of Guideline #5. Restrictions & Limitations: Filming and vehicle movement between 11PM- 7AM. A member of our locations department will be collecting signatures for the Toronto Film Office to allow this exemption.
***All of our filming & related activities are undertaken under the authority & approval of the City of Toronto Film & Television Office. ANY INTERMITTENT TRAFFIC STOPPAGES/CONTROL will be conducted under the safe supervision of the Toronto Police Service.***

On behalf of the production, we thank you for supporting Toronto’s vibrant film industry. Questions? Please contact our production office, or the City of Toronto Film & Television Office at filmtoronto@toronto.ca or 416- 338-FILM.

You can find the Filming Guidelines and the Code of Conduct for Cast & Crew at www.toronto.ca/film under the “Plan Your Shoot” section. 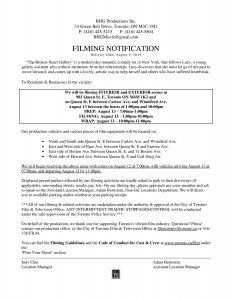 A pre-construction meeting will be held between the BIA and Hydro the 1st or 2nd week of September, 2019 in advance of work commencement (late September, 2019). A Hydro construction representative will be appointed for ongoing communications at that time.

BIA members are encouraged to get involved by participating in our Development Committee by emailing leslievillebia@gmail.com. 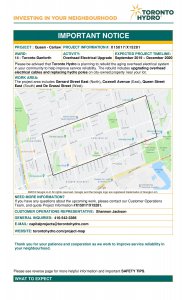 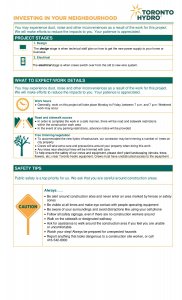 REVISED to add parking on the south side of Queen St E between Caroline Ave and Winifred Ave. on Aug. 6. 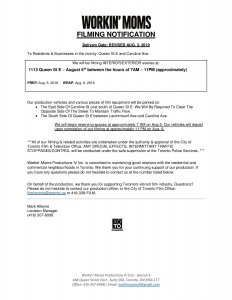 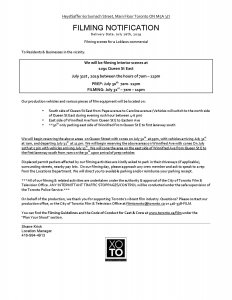 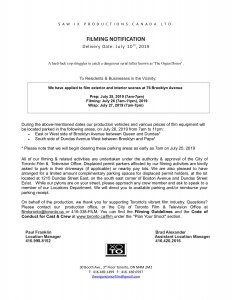 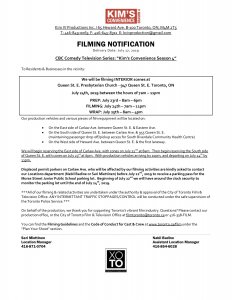 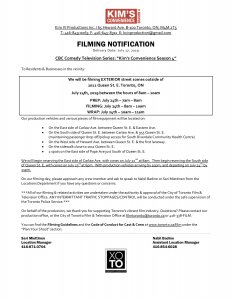 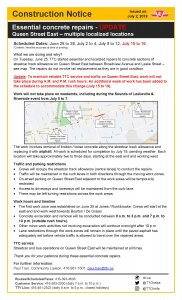 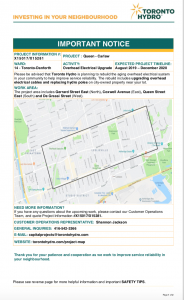 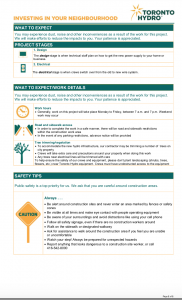 How To Report a Crime – We all have a responsibility 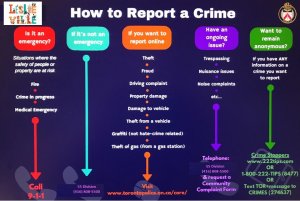 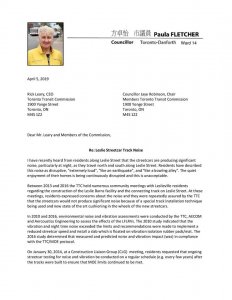 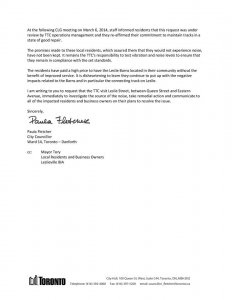